newslaundry.com  analyses – How a case like this shows that news has to be churned faster than you can think of something sensible.

Newslaundry.com  Team thinks the media is doing spectacularly silly things . Team has its collection of items. Read it-

Ever since the news of Indrani Mukerjea allegedly murdering Sheena Bora broke on August 25, 2015, the media has churned out reports faster than the story has developed giving us some ridiculous moments to list for you.

1. NDTV’s Barkha Dutt opened her show The Buck Stops Here with an existential remark: “Are we [the media] going overboard…or is this a legitimate crime story…”

Umm. How about both?

2. Ravina Raj Kohli, former president, Star News, said on the same show: “This is the most unholy ‘holy’ story I have heard in a long time.”

Yeah, and this is the most stupidest smartest statement we’ve heard.

That sounds like most of us on many days.

3. Kohli, by virtue of being an ex-Star employee, was on almost every channel. On India Today, in an interview with Rahul Kanwal, she stated quite simply that Indrani used Peter Mukerjea “mercilessly”. And then went on to say, “I don’t know why I am saying that, it’s just a feeling”.

Kohli added that there was a lot of “talk” about the fact that Indrani would bring Peter down – “we’ve all discussed that over drinks”.

That says so much more about Kohli than any of the dramatis personae in the Sheena Bora murder mystery.

4. On Karan Thapar’s To The Point on India Today, Tavleen Singh said, “…she [Indrani] comes across as the most heartless woman known to mankind.” The competition on that is keen and far from over.

5. On The Buck Stops Here, Tavleen Singh said: “There’s been a lot of talk on all these channels on high society breaking down. This is actually a story of a small town…” Anything to defend high society, eh? Guwahati? Small town? Arnab Goswami, your move?

6. In the Newshour debate on Times Now, Arnab Goswami did what he does best: manufacture outrage. “So she[Indrani] was impersonating Sheena Bora for a year. She is the most evil murderer that India has seen in a long time,” he declared early on.

Soon after he was corrected by a panelist, Rohit Kochar: “We must refer to her not as a murderer, but an accused. That pronouncement of guilt will come from a court, not a television channel.” Goswami shot back: “Sure, That’s a question of semantics, I respect that. So if I put a caveat… my position is [that Indrani is an] alleged most evil murderer.”

7. The same evening Goswami also interviewed Peter Mukerjea, who replied to Goswami’s questions in as calm and articulate a manner as is possible for a man in his situation. Towards the end of the interview, Goswami asked: “Do you believe your wife is the murderer?”

“Certainly not, at this point I find it impossible to believe that,” Peter replied, “she certainly never indicated to me that she’s got some kind of a murderer’s instinct in her character.” Goswami replied, “But you hear now that she [Sheena] was strangulated, body was cut into pieces, burnt, and disposed far from the city. How do you react?”

Predictably he didn’t really react. At least, not during the interview.

8. Rahul Kanwal on India Today, in an interview with Ravina Raj Kohli, asked: “Did you feel at some time that Indrani Mukerjea seemed to be a social climber?”

9. India Today’s Gaurav Sawant in his News Today At Nine show, said, “It’s being described as the mother of all murders.” Described by whom, sir?

10. In-house expert and Managing Editor of India Today, Vinay Tewari, said, “this case is a test of social sciences, psychology sciences, it is a test of relationship science, and it’s a test of investigation science.”

11. A Zee News report called “Sheena Bora murder: Bewildering events of Indrani Mukerjea’s life!” had the anchor helpfully explaining to us why Shobhaa De called her Lady Macbeth on Twitter. “We’ll tell you why Shobhaa De equated her to Macbeth,” said the anchor. “Macbeth committed murder after murder to keep his throne; Indrani may have committed only one murder, but she spoke one lie after another,” clarified the anchor.  Then she went on to list out six of Indrani’s supposed lies.  Of course, at the root of it was the fact that she had two children before she was married.  “Indrani came from a good family, her father was an engineer, but she had two children by 17, one wonders why such things were happening to her,” a reporter thought out loud.

The only thing missing was a background score from a B-grade ‘80s film.

12. Shazia Ilmi on Times Now marvelled at the “evil genius” of Indrani and stated quite simply, “…to me she comes across as this very evil sociopath, psychopath, who lives in an altered state of reality.”

13. Suhel Seth wrote a page-one guest column for The Telegraph: “When Peter met Indrani (and told me to lay off)”, the piece was about his relationship with the Mukerjeas. “I came back to Delhi two days later and then called Indrani and asked her where she was. Bachelors can be very wicked. No sooner had I put the phone down, I got a call from Peter saying he was very serious about her and was considering marrying her, so I should perhaps see her in a different light. From that moment on, I did.”

You’re so cool, Suhel. And you try so hard to prove it.

14. R Jagannathan of Firstpost wrote a piece headlined, “Sheena Bora murder case: Why Alpha men are putty in the hands of Alpha women.” Here is what the last paragraph of the piece had to say: “Why did Indrani mark out her daughter as a bigger challenge to her designs than her son? Or was it that the Alpha Female saw another Alpha Female as a bigger threat to her than a son?”

Jaggi will surely know a thing or two about being putty in the hands of rich Alpha Men.

16. The Times of India referred to Indrani as “the Great Gatsby of Mumbai”: “no one knew where she came from and how she overnight transformed herself into a self-proclaimed media maharani.”

We know it’s ToI. But still.

17. The Twitterati, as usual, has been churning out wisdom on regular intervals: 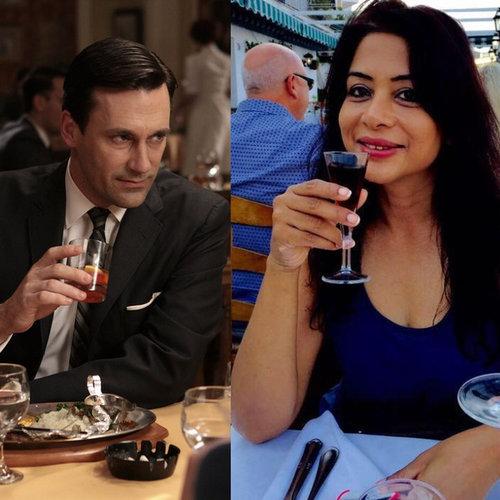 Indrani Mukherjea crime getting more bizarre every hour. Seems more & more likely that Peter had an affair with Sheena which led to murder

The #IndraniMukerjea case underlines fakeness of our social lives. We know zilch abt ppl we hug, airkiss, party with https://twitter.com/harneetsin/status/636406102465183744 …