If you are familiar with Rep. Ted Lieu (D-Calif.) it’s probably because you’re active on social media.

At the beginning of the year, Lieu’s personal Twitter account had about 10,000 followers. When The Post profiled him in March to note how he’d leveraged social media to raise his profile, he had 122,000 followers. As of writing, he is just shy of half a million.

In September, Lieu included an award he’d received in a story on Instagram.

The House Democratic caucus had some sort of Internet awards today and handed out a trophy for Most Viral Post.

Lieu had 2017’s “Most Viral Post” in the House Democrats’ “Online All-Star Competition.” That competition kicked off in June at the direction of House Democratic Whip Steny H. Hoyer (D-Md.). Lieu came in 11th in the contest to increase his Twitter following, but the post below won him the Most Viral competition.
View image on Twitter 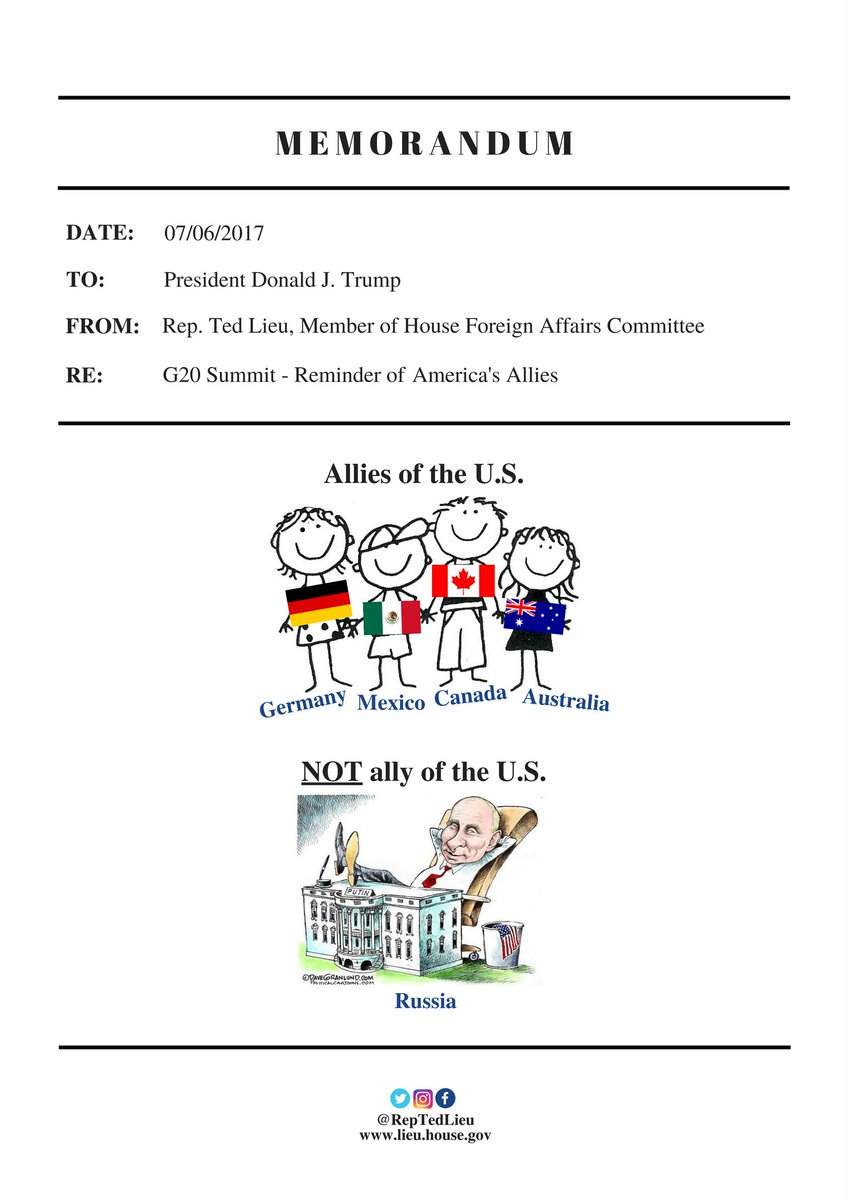 Dear @POTUS, we understand you don’t like to read & instead prefer “killer graphics.” Hopefully these pictures help you at the #G20Summit!

Notice that this post is not exactly shy about its target. That’s why Lieu has seen the surge in attention he’s enjoyed: his outspoken willingness to attack President Trump. This award-winning tweet is from Lieu’s official account, mind you, not the personal one where he has five times as many people following him. (That’s why his increase in followers during the contest was relatively modest.) By the standards of his personal account, this tweet is relatively modest. This matches data from the social media universe on the whole, reported by Harvard’s Berkman Klein Center in August. Both Twitter and Facebook were more partisan during the 2016 election than the news media universe at large; Facebook was more partisan than Twitter. That’s particularly true on the right, where Breitbart dominated much of the attention on social media and was the most-shared outlet among conservatives regardless of platform.

The Berkman study also found that during the 2016 election, “popularity on Facebook [was] a strong indicator of highly partisan and unreliable media.” That’s presumably less the case when the person doing the sharing is a member of Congress, but it reinforces the idea that Facebook is a place where people tend to share highly partisan information.

We’ve noted before that the spike in political polarization in recent years and the increase in the number of partisan news outlets thanks to the Web are self-reinforcing. Fox News was the main conservative outlet — until Breitbart was able to leverage the Web to slip into the space to Fox’s right. That leveraged and encouraged more partisan behavior.

Hoyer’s contest is an effort to encourage social media success, which, tacitly, is a contest to encourage the sorts of partisan information that does well on social media. For his caucus, that’s advantageous; Democrats in Lieu’s Democratic-leaning district are probably going to reward him for his increased online presence and willingness to bring the partisan fight to the president.

What it means more broadly, though, is that members of Congress, Hoyer’s contest aside, are recognizing that there’s political value in catering to a partisan base with a partisan worldview, just as Breitbart found an audience in a more partisan space than Fox occupied. Members of Congress are helping to bolster partisan polarization through the information they share.

And occasionally winning awards for doing so.