Smartphones are the big gainers in media consumption year-over-year, according to the just-released Nielsen’s Q3 2018 Total Audience Report.

There’s been a significant jump in mobile time-spent among 18-34s, from 29% to 34%. The growth came at the expense of television viewing. This trend continues from a year earlier, as live and time-shifted TV (i.e., traditional cable and set-top box viewing) was surpassed by mobile in Q3 2017, and now that gap has widened even further.

For all US audiences, mobile went up from 21% to 24%, with media consumption otherwise remaining flat, at about 10.5 hours per day.

With mobile media consumption coming at the expense of television viewing, it’s no wonder that a large chunk of the attention is going to the leading online video platform, YouTube.

A Sandvine study (The Mobile Internet Phenomena Report, Feb 2019) found that YouTube is now responsible for 37% of all mobile internet traffic. Interestingly, Facebook is running neck and neck with Snapchat when it comes to mobile traffic, with both having less than 9%.

If the numbers ever supported a genuine pivot-to-video, this would be it. Maybe Zuckerberg wasn’t wrong after all, when he saw “video as a mega trend, same order as mobile.”

The revolution wasn’t televised, it simply shifted to YouTube. 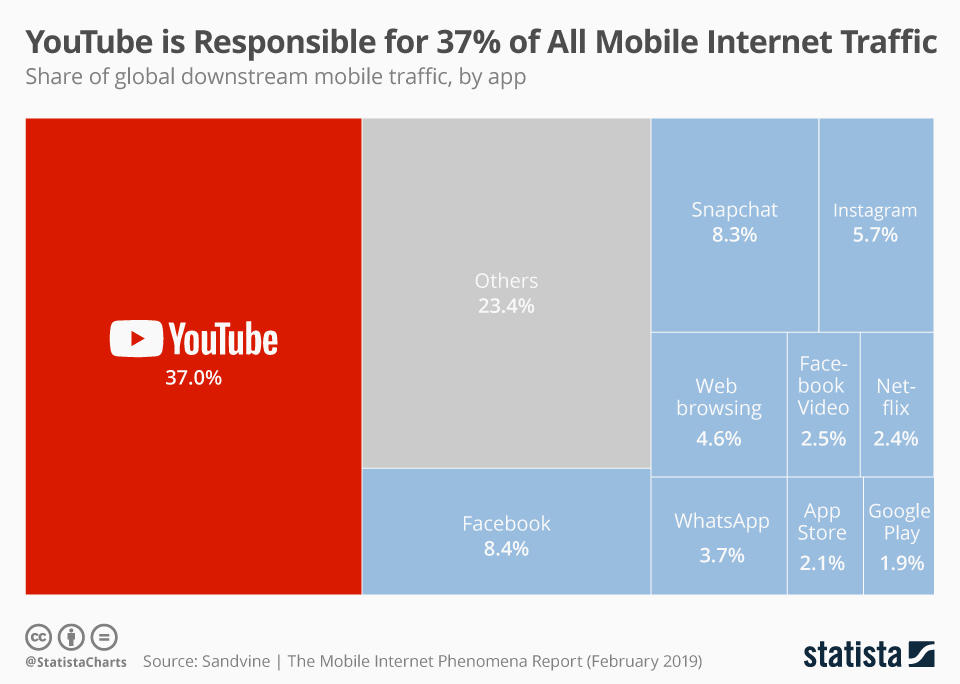