Newspaper readership continues to decline in Japan. In 2018, the average daily number of general-interest newspapers printed plunged by almost 2 million or 5.0% to 36,823,021. This is a drop of more than 10 million compared with 2000, a figure larger than the entire 8.5 million print run for the daily morning edition of the nation’s most popular newspaper, the Yomiuri Shimbun.

Even including figures for sports newspapers, total circulation has dropped below 40 million for the first time. Per household purchases of newspapers now stand at 0.7 copies. 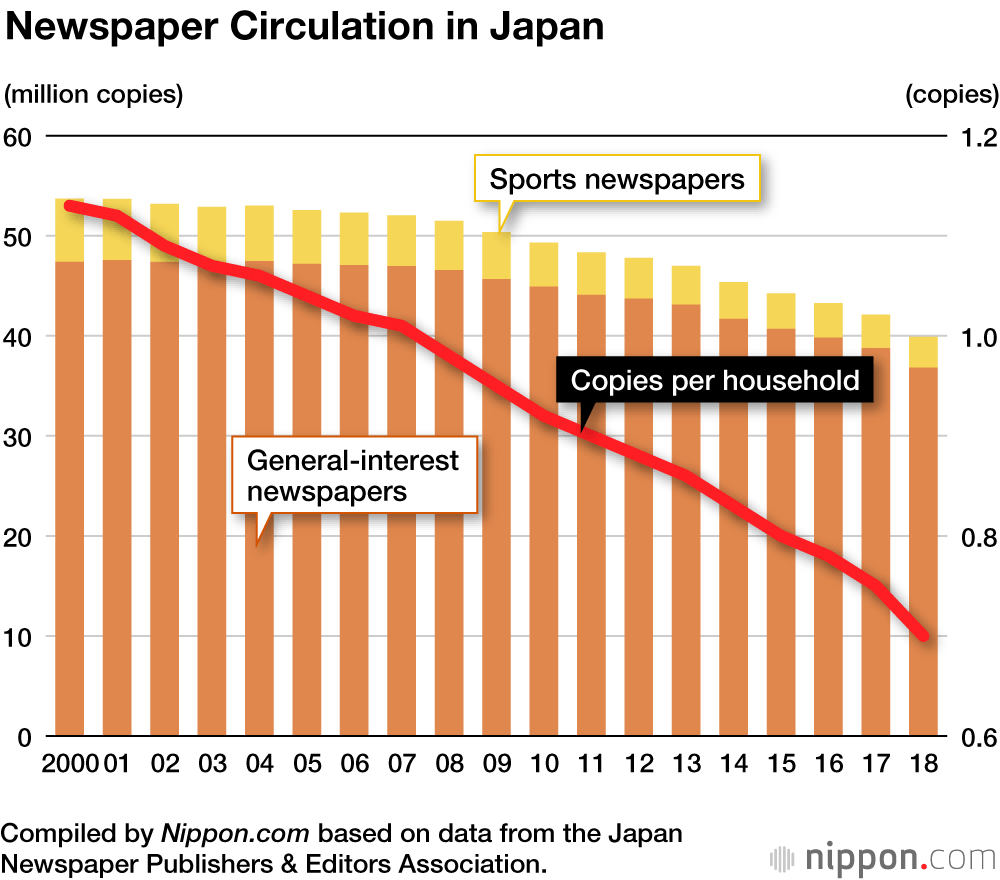 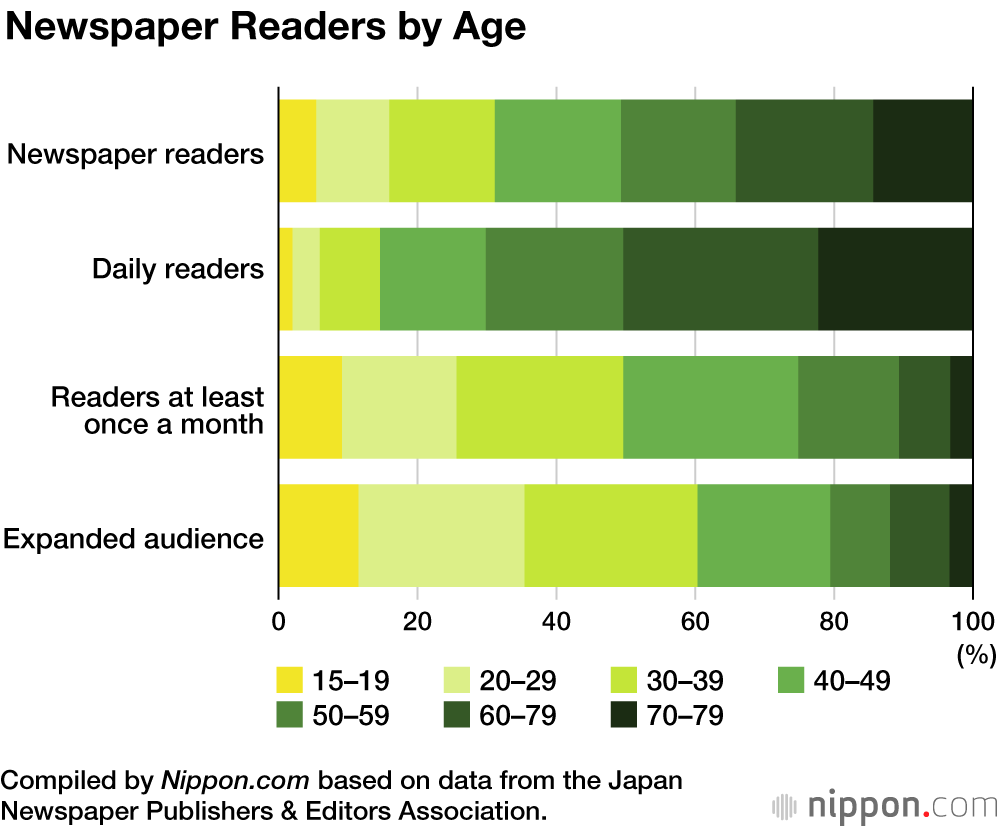