See the approach of being print plus TV is something that I don’t personally believe will last the race.So I don’t believe in fact that they have any relevance at all because there will be no innovation in print plus TV or print plus digital organizations so those who are running print organizations must quickly see the future. 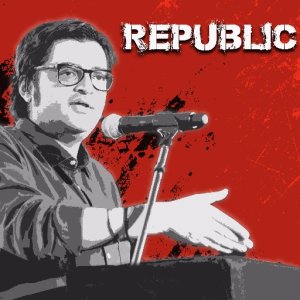 Arnab Goswami, MD and Editor-in-Chief of Republic Network, at SIMS 2019 discussed what he feels are the key ways to encourage business innovation for the media business and news industry in particular. In his speech he also spoke about how he feels India should give birth to be a global news broadcaster and the ‘Indian media can no longer be the passenger in the car.’

Going back to the early days of his journey of Republic Goswami said, “In our launch week we got 51.9% market share and that was the David and Goliath fight. If you come to my office in Mumbai you will still see the handwritten note of my producer where she wrote down the channel share.”

“You know, I’m very competitive, I’m not politically correct.We got 51.9% channel share, and times got 23%. Nothing is static, things change orders change, hierarchies change, but so I just want to start by saying that we arebuilt on the love affection and attention of the viewers. For me that is the media business. So whether you watch me for news or for entertainment I’m very grateful that you’re watching me every night and our channel every night.”

Goswami spoke about a few attributes which are at the core of innovation in the media business, and where South India plays a unique role and he is a firm believer of the same. According to Goswami, “South India must play an instrumental part in building Digital cum TV media organizations. See the approach of being print plus TV is something that I don’t personally believe will last the race.So I don’t believe in fact that they have any relevance at all because there will be no innovation in print plus TV or print plus digital organizations so those who are running print organizations must quickly see the future.”

Referring to how English print publications need to see the red flags he said“the future, especially in English print, it’s gone.”And the question lies as to will it completely disappear. However, he was positive about regional and vernacular print publications and said that they will continue for longer but emphasized on the fact that “the future is TV plus digital.”

On the future of media organization and especially in the southern part of the country, Goswami said, “For the future, including of South India, has the steadiness and the powerhouse of television, because TV will continue to grow in India wrapped by the nimble innovation, and the overwhelming expanse of digital and technology are going to be the media organizations of the future. So my point number one is South India will also need, and will need to collaborate with organizations, which are digital plus TV.”

Urging his southern counterparts from the media fraternity to ask for representation, Goswami said, “I am convinced that when I come to this part of the country time and time again. This part of the country deserves to have greater representation in every way. But as a journalist I say more so, in the world of media, more so in the world of news media.”

He mentioned that in terms of numbers of the English speaking audience of South India is a great market as well as in terms of the deep sensitivity it has and the awareness of news in this part of the country.The news awareness is south India is phenomenally high because of the literacy levels. According to him there is an “untapped potential, I believe in generic terms of making South India, a hub for national news.”

Goswami feels that either from Chennai, Mumbai or Bengaluru should be a second national hub of media.More farther from Delhi the better it is.Thinking strategicallyGoswami said, “I look at the media 10 years 20 years ahead and ask myself what would I like the media to be, and what steps, am I taking today to evangelize the idea, and actually stick my neck out. Today what I’m telling you may seem impossible but please understand that if I asked you today can there be a media which operates as a special economic zone for example, can you have a media hub. We had a software revolution in this country. We became the back end of the world, we led the IT revolution. India can be the second media hub for the world. I think it can be.”

Pinning this thought Goswami feels that the Indian media and businesses are really happy in their own domestic markets and local businesses. They haven’t amalgamated and haven’t thought of the future.

Speaking about his greatest dream Goswami said “is to have multiple media organizations from India rooted in India invested in India people from India, technology from India broadcasting to the world. That is my dream. So, I need to tell you this.The Indian media cannot always be the passenger in the car.We do not deserve to be the passenger in the car.Today we are talking about the future, why can’t a global vision be born out of India? I believe that there are three indices that you do to carefully think about to succeed in global news, I don’t know beyond news I’m a news guy.”

As per Goswami what one needs to be a global news media powerhouse is firstly the youth, which we have in huge numbers. India is a young country with a workforce that is set to become the world’s largest by 2027.The country is full of ambitious aspirational hungry youth who simply don’t settle for anything less, they want more. The youth form two thirds of our population.

Technology being the second point in the quest of creating a global broadcaster from India, Goswami felt that for far too long India was very happy being the backend of the world. He said, “We cannot be the backend of the world, which is why I am here to tell you about to be the front end of the world which is about embracing technology at the fastest pace in the world. Our exports actually are growing at 10% this financial year. We’re seeing a spike on a year on your basis. We are ranked third among promising markets for tech breakthroughs. So, it is undeniable that when you need this technology to come in to build a global news or media powerhouse. You have it in India.”

His final and most important reason for India’s success as a global news hub was that Indians know and speak English. According to Goswami, Indians speak better English than anyone in the United Kingdom today. 10% of India’s population being English which are hundred and twenty five million people. India is the second largest English speaking nation.Why can’t India with all the technology and youth become a global English News Broadcaster?

Goswami also invited all regional and vernacular news organizations to collaborate with him and Republic TV to form various other sources of revenue and monetization models as apart from being a journalist he is also an entrepreneur.