journalism, Journalism Books, Mark Tully, Speaking Tiger, Upcountry Tales: Once Upon a Time in the Heart of India

Mark Tully’s latest book, Upcountry Tales, is a supremely engaging collection of short stories, marked by warmth, wit and a keen and compassionate eye for the everyday human theatre in rural north India. 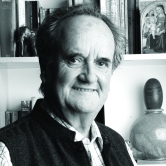 Sir William Mark Tully – arguably more Indian than most Indians – had “a very British childhood”. The acclaimed broadcaster and writer, now in his 80s, once wanted to become a priest and even pursued a degree in theology. “But the turn of events” was such that he found his way back to India. Journalism wasn’t his choice, he says, but destiny willed otherwise. And India, which he was not initially allowed to identify with, is now home .

Tully was born in India in 1935, one of six children; his father was a successful businessman who worked in what was then Calcutta. “My mother’s side had lived in India for long; in fact, they were living here even before the first war of independence in 1857. My great great grandfather was an opium agent in eastern UP, my great grandfather was a trader and my grandfather dealt in the jute business. My father had never been to India and knew no one on this side, but my mother was born in what is now Bangladesh. I was born in Calcutta. We had a very British life,” Tully recalls.

“We were not allowed to identify with India at all; we were sort of discouraged from becoming a part of this culture. Our European nanny stopped us from learning Hindi or other languages and insisted that we spoke only in English.”

It was customary for British children to be sent home for education during those days, but while Tully was growing up, the Second World War was wreaking havoc in the Western world. Tully was sent to Darjeeling for his preliminary education.

“Those were wonderful days. I loved the place and it was very close to nature. I wasn’t under much of adult supervision and I had a very liberal headmaster. We went around the bazaars and roamed freely,” he says.

And then his father got a job in Manchester and off went Tully along with him, spending his childhood in boarding schools of Britain. India was left far behind, out of sight and out of mind. There was no question of returning.

For the next four years, Tully worked for an NGO and then, in 1964, he joined the BBC, not as a journalist but as “personnel manager of middle seniority”. The very next year, in 1965, all of a sudden, came an opportunity to work as a junior administrative assistant in New Delhi.

He returned to the country of his birth of which he had fond memories. “It was destiny. I was meant to return to India and it happened.” In the following months, he recalled, he was promoted to news correspondent, reporting for the BBC World Service on India, Pakistan, Bangladesh, Sri Lanka and Nepal.

“BBC was the most trusted source of news at that time. Many people did not trust the government-owned broadcasters and I travelled the length and breadth of the country. I loved it and found out, to my surprise, that journalism too was my destiny,” he said.

Upcountry Tales: Once Upon a Time in the Heart of India; Mark Tully; Speaking Tiger; ₹599

During the Emergency of 1975, Tully – along with 40 foreign correspondents, including those of The Guardian and The Washington Post – was thrown out of the country and he found his way back to London. When the emergency ended, he was back – as the Chief of Bureau.

He has lived in India ever since and has written some fascinating books like No Full Stops In India and India In Slow Motion. His latest – Upcountry Tales: Once Upon A Time In The Heart Of India – is a supremely engaging collection of short stories, marked by warmth, wit and a keen and compassionate eye for the everyday human theatre in rural north India. Tully uses his vast experience and draws interesting characters and stories.

The Indian government honoured Tully in 1992 with the Padma Shri and in 2005 with the Padma Bhushan, the fourth and third highest civilian awards. He was knighted by Prince Charles at Buckingham Palace in 2002 for services to broadcasting.